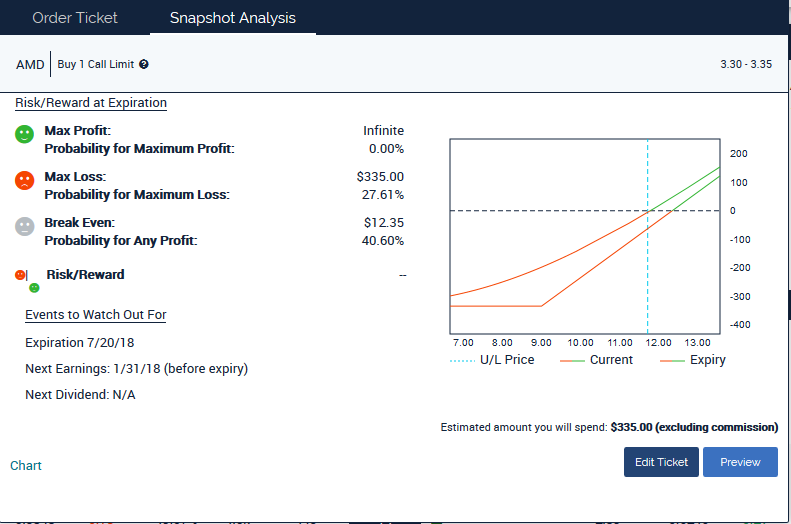 BOOM!!! goes the first week of the New Year to no surprise stock are surging.  Leading the way AGAIN is tech up 3%+ in just a few days to build upon the 30%burst in 2017.

A sector that has been strong has been the once left for dead semiconductors.  Just a few years ago the decline in personal computer sales was a concern until the next generation of gadgets went gangbusters.

The internet of things will have everything connected and requires chips to chew on.

Compare the SOX semiconductor index up nearly 50% in the last year to Advanced Micro Devices plus a paltry 5%.

Advanced Micro Devices price base has been formed at $10 with the latest lows holding above the last January extremes.

AMD has been stuck between $10 and $12 for two months targeting $14 on a breakout and recovery rally run.

The July option has over six months for Bullish development.

An AMD long call option can provide the staying power in a potentially larger trend extension. More importantly, the maximum risk is the premium paid.

With AMD trading at $11.75, for example, an In The Money $9 strike option currently has $ 2.75 in real or intrinsic value. The remainder of any premium is the time value of the option.

The $9 strike gives the opportunity to be long at a price not seen in more than a year.

The option also behaves much like the underlying stock with much less money tied up in the investment. The Delta of this $25 strike is 82.  That also approximates the probability that the option will be in the money at expiration.

The July option has over six months for bullish development. 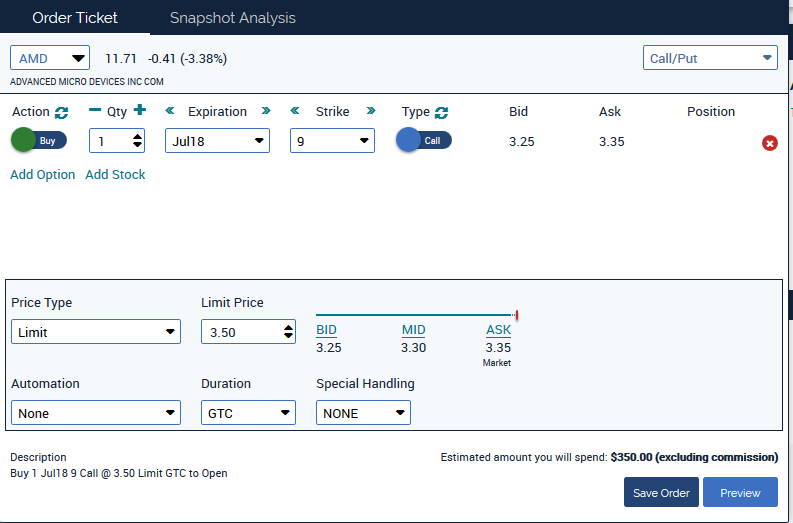 The maximum loss is limited to the $3.50 or less paid per option contract with an exit stop loss at half the option premium could be used to reduce dollar exposure.