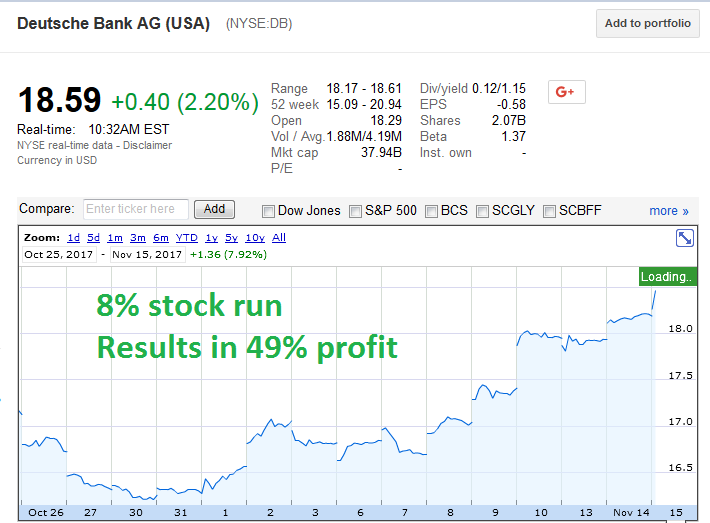 U.S. banks have been playing catch up to other stock sectors that had already recovered from the 2008 financial crisis.

The straight up move in the last months left some foreign bank behind setting up some great opportunities for them to play bank ball.

Behemoth Deutsche Bank is down 7% in the last year after finding a bottom base in 2016 when Bulls Eye made a 50%+ profit when NOBODY liked the stock.

Compare the DB decline to Bank of America up 25% YTD.

Bullish divergence with new extreme lows and no new highs in volatility can be a sign sellers have tired.

For perspective, this stock has fallen far over the past ten years trading at $50 just in 2014…

The June option has eight months for Bullish development.

A Deutsche Bank long call option can provide the staying power in a potential bullish trend extension.  More importantly, the maximum risk is the premium paid.

The option also behaves much like the underlying stock with a much less money tied up in the investment.  The Delta on the $15 strike call is 70%.

The June option has eight months for bullish development. This option is like being long the stock from $15 with completely limited risk. 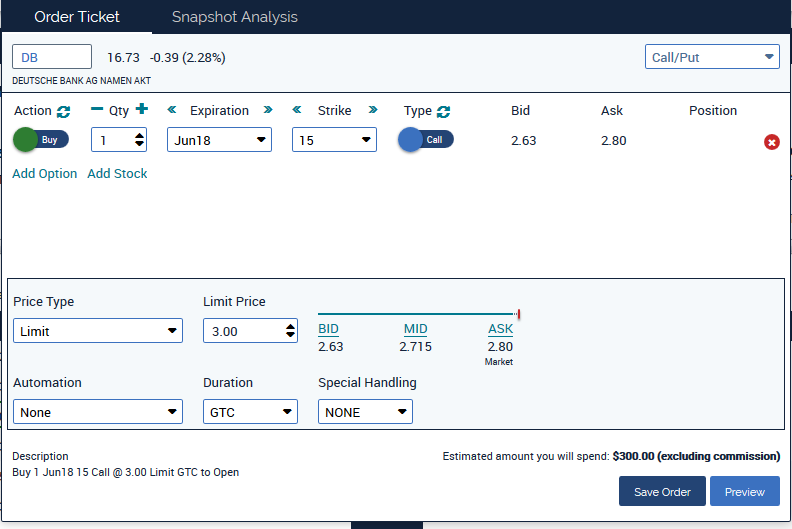 The maximum loss is limited to the $300 or less paid per option contract, with a stop at half of the premium paid to lower dollar exposure . The upside, on the other hand, is unlimited.