CALL IT A WINNER in Verizon

The deep in the money option will have intrinsic value of $12.00 plus with VZ at $52 right now

With VZ at $44.75, for example, an In The Money $40 strike option currently has $4.75 in real or intrinsic value.  The remainder of any premium is the time value of the option. 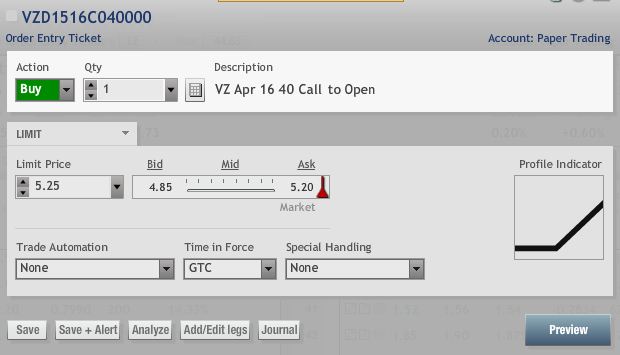