Place order to sell the SBUX January $50 Call at $8.50 or better to close out position with expiration end of day Friday.

Starbucks has bucked the stock UPtrend and has lost 7% in 2016 compared to an equal and opposite 7% positive surge in the S&P 500. 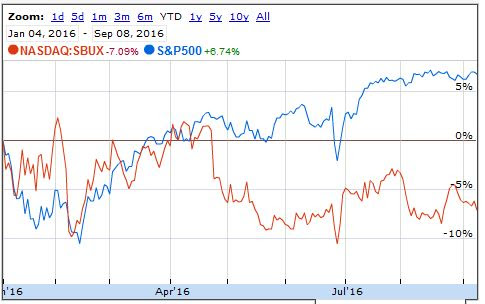 Sideways SBUX trade from $64 to $54 in the last year has seen the once hot coffee stock stall after a 200% java jolt in the last five years.

SBUX has traded in an even tighter range since the April earnings data.  The $59 midpoint has become the resistance to overcome with the technical target at the $64 top on a breakout.

The January option has nearly three plus months for Bullish development.

With SBUX at $55.75, for example, an In The Money $50.00 strike option currently has $5.75 in real or intrinsic value.  The remainder of any premium is the time value of the option.

The option also behaves much like the underlying stock with a much less money tied up in the investment.  The Delta on the $50 strike call is 80 %.

The January option has three months plus for bullish development. This option is like being long the stock from $50, below the 52 weeks SBUX lows, with completely limited risk. 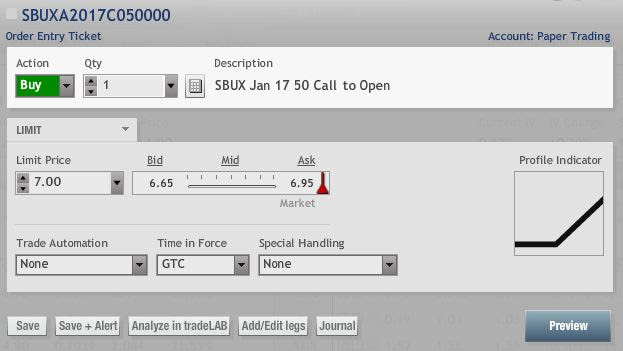 The maximum loss is limited to the $700 or less paid per option contract, with a stop at half of the premium paid to lessen dollar exposure. The upside, on the other hand, is unlimited.