Place order to sell the British Petroleum January $30 Call at $6.50 or better for 50%+ profit in less than two months. 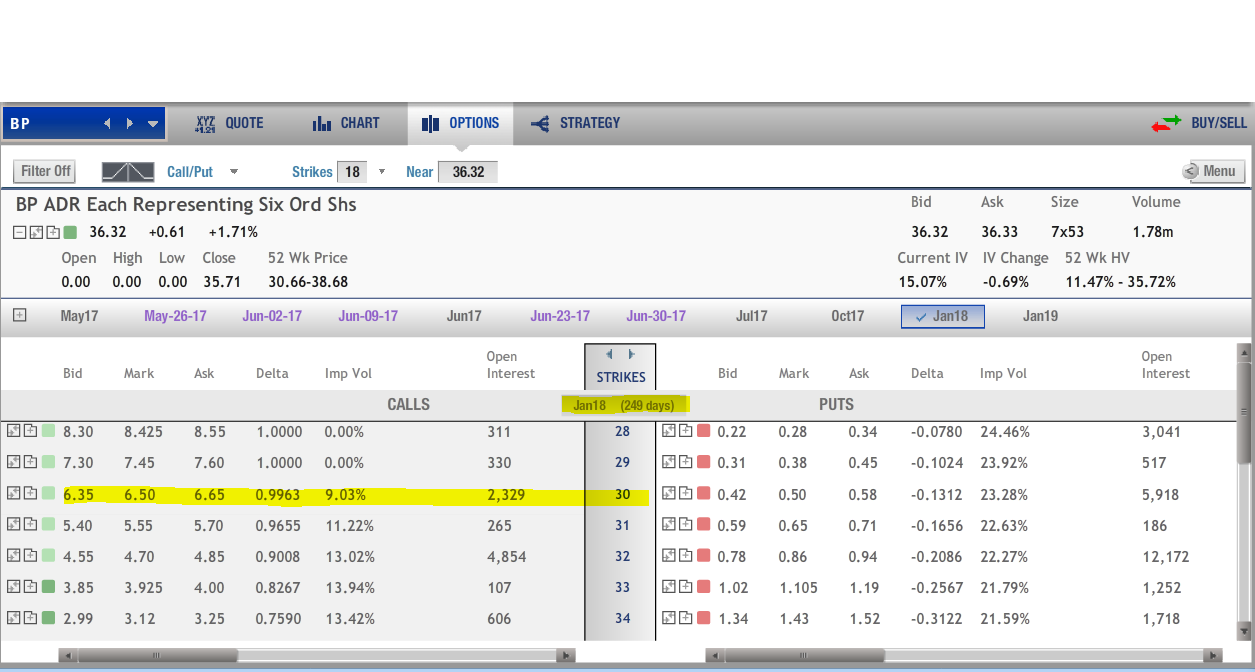 ORIGINAL TRADE ALERT BELOW from March 24th filled at $4.25

Back To the BP Profit Well

Above Break Even Probability: 56%

A 67% profit was banked in July and another 45% score in October on just modest stock moves.  http://www.bullseyeoption.com/trade-alert/oils-well-45-profit-trade-alert-exit-british-petroleum-sell-bp-january-28-call-8-00-or-better-to-close/

While the stock market itself has been on a tear, Oil prices have paused pushing energy stocks down in the last few weeks.

British Petroleum has pulled back from the January 5th top to the midpoint of the $32 to $36 year long trading channel.

Only a close below the $30 on a weekly basis would negate this bullish buying premise.

With BP trading at $34.00, for example, an In The Money $30.00 strike option currently has $4.00 in real or intrinsic value.  The remainder of any premium is the time value of the option.

This option strike gives you the right to buy the shares at $30.00 per share,  a price level last seen in April nearly one year ago, with absolutely limited risk.

The January option has ten months for BULLISH development.  An 90 Delta on this strike means the option will behave much like the stock. 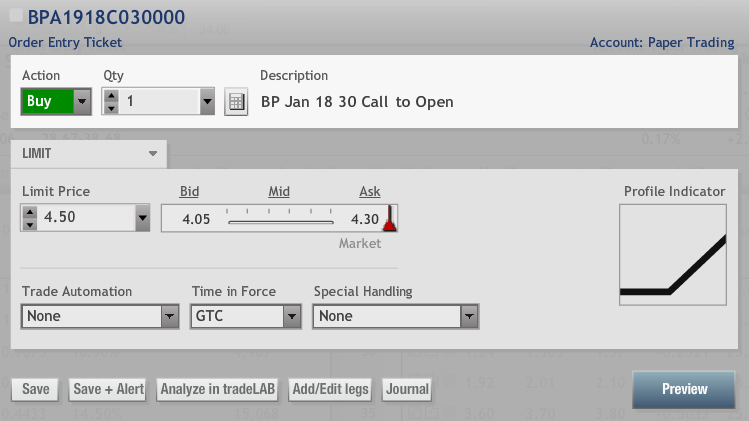 The maximum loss is limited to the $450 or less paid per option contract.   A stop loss at half of premium paid reduces the dollar exposure.

The option upside is unlimited.