A stock surge has the S&P up 10% in 2016 as we approach year end.  It can be attributed to a combination of relief rally after the election, return to corporate earnings growth, and the energy stock recovery on $50 Crude Oil all contributed to newfound confidence in corporate America.

The best laid plans of mice and men are yet to even be implemented with this SEVEN YEAR rally extending gains in the last month and a half.

Patience is at a premium with the easy money already made as reward to risk leverage for bullish buyers has been taken away making it more difficult for traders.

Tough trade talk has China stocks in retreat to the lowest levels since July.

The iShares China ETF was actually outperforming the S&P for the year in October before the latest U.S. stock buying burst. 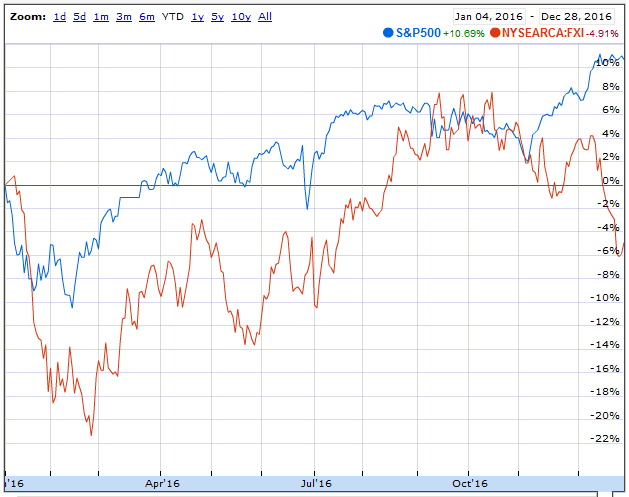 The FXI iShares China ETF stands at MINUS 5% in 2016 compared to the surging US stock market.  The larger multiyear FXI range from $30 to $40 has the midpoint resistance at $40,15% above current trade. 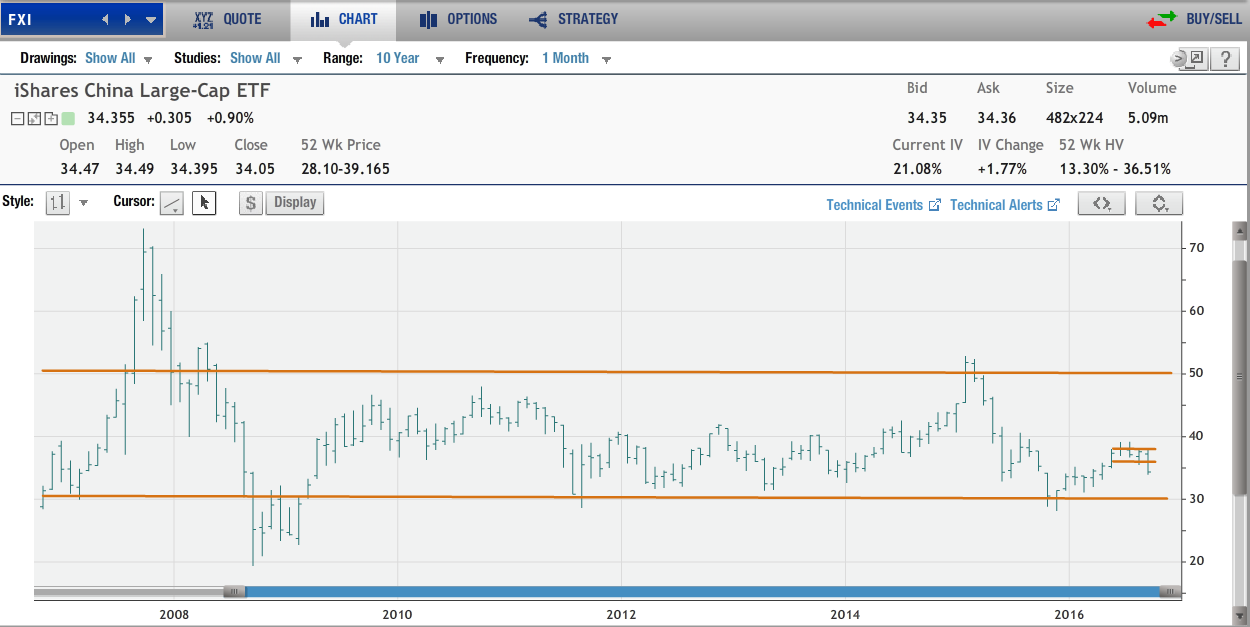 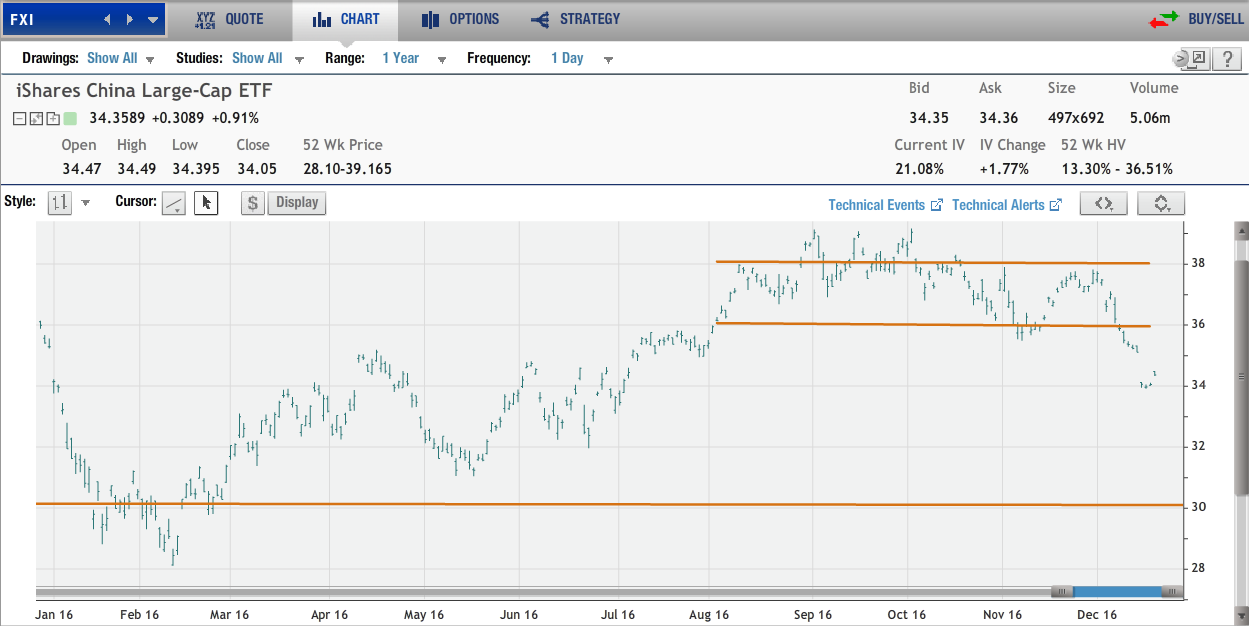 Action had remained range bound between $36 and $38 for almost six months targeting $34 on a downside breakdown.  That $34 level has held as a measured move support point to lean on.

A recovery rally to the channel top projects a move to $40.

The June option has almost six months for Bullish development.

An In-The-Money option gives you the right to be long the shares from a lower strike price and costs much less than the ETF share cost itself.

Any trade has a fifty/fifty chance of success.  Buying In The Money options increase that probability.  That Delta also approximates the odds that the option will be In The Money at expiration.

With FXI trading at $34.35, for example, an In The Money $30 strike option currently has $4.35 in real or intrinsic value.  The remainder of any premium is the time value of the option.

A close in the FXI ETF below $32 on a weekly basis would trigger an exit. Notice the $32 strike has the right to be long from a discounted level that marked the June low.

The option also behaves much like the underlying stock with a much less money tied up in the investment.   The Delta of this $30 strike is 80%.

The June option has nearly six months of time for bullish development.

The maximum loss is limited to the $550 or less paid per option contract with an exit stop loss at half the option premium to reduce dollar exposure. The upside, on the other hand, is unlimited. 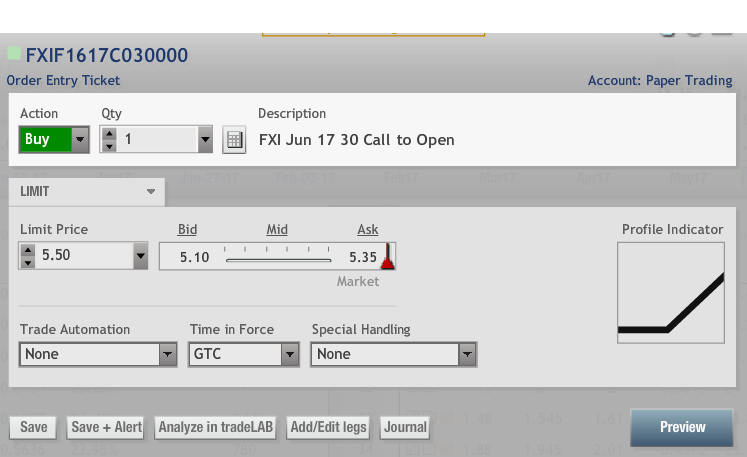 The FXI option trade break even is $35.50 at expiration ($30 strike plus $5.50 or less option premium). That is about a dollar above the current ETF price.

A push above $38 channel top resistance targets $40 which would put the option value at $10.00 to nearly double the original investment.