Oil price have unwound after an epic rally to four year highs above $75 a barrel.  A 15% relief rally post OPEC meeting ten short sessions has hit some profit taking pullback… for now.

Crude climb has been straight up from $45 base just over a year ago.

British Petroleum has tracked sideways for months between $44 and $48.

A push above $46 midpoint send shares to highs then $54 measured move target.

British Petroleum is up a paltry 5% in the last five years.

With BP trading at $45.50, for example, an In The Money $40.00 strike option currently has $5.50 in real or intrinsic value.  The remainder of any premium is the time value of the option.

This option strike gives you the right to buy the shares at a discounted $40.00 per share, a price level last seen in April.

The January option has over six months for BULLISH development.  An 80 Delta on this strike means the option will behave much like the stock. 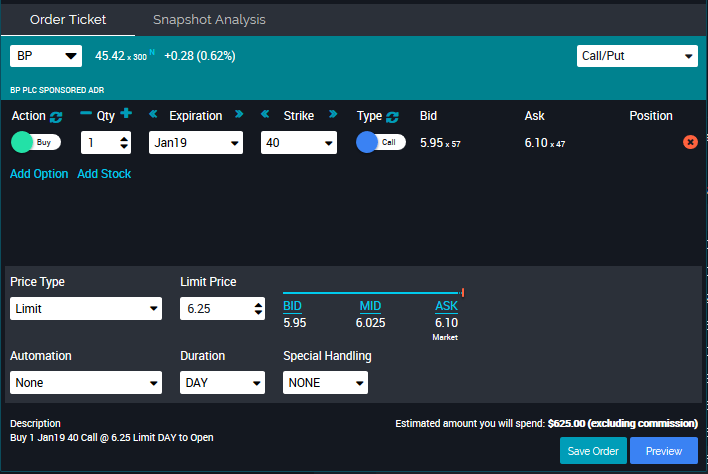 The maximum loss is limited to the $625 or less paid per option contract.   A stop loss at half of premium paid could be used to reduce dollar exposure.

The option upside is unlimited. 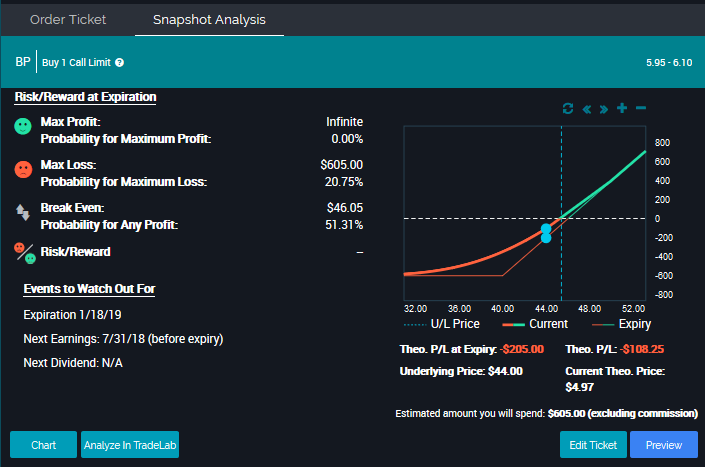 A move above the $48 range resistance above targets $52.