ORIGINAL May 9th TRADE ALERT BELOW filled at $9.75

Major markets have seen a rally run with Tech up 30% in the last 52 weeks to lead the way up to record highs almost every day in the last ten sessions.

The broad market barometer S&P 500 has FINALLY taken out the March 1st 2400 high to target 2475 another 4% above based on the tried and true “V” recovery measured move.

Selloffs in the last eight years have bounced back with new higher highs the distance of the drop on top of the previous top.

Opportunity exists to profit from fund rotation into the sagging sector.

A pullback has brought the small caps to the $138 old resistance now support to lean on from a reward to risk standpoint.

With IWM trading at $138.50, for example, an In The Money $130.00 strike option currently has $8.50 in real or intrinsic value.  The remainder of any premium is the time value of the option.

The July option has two and a half months for BULLISH development.  An 82 Delta on this strike means the option will behave much like the IWM ETF. 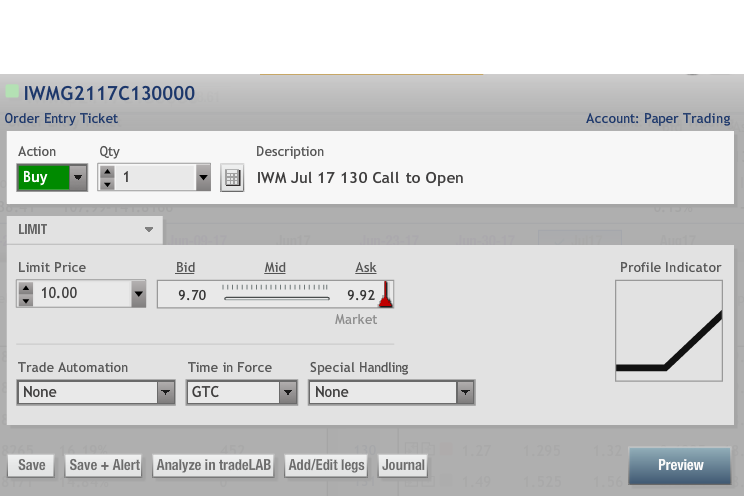